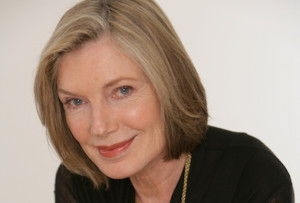 Susan Sullivan—perhaps the most prolific television actress of this generation or any other—joins the podcast in what is truly a personal reunion with Bob & Suzanne.

It’s a free-wheeling, in-depth conversation that takes you from Susan’s Long Island origins to center stage on Hollywood’s red carpets.

Get the instant download for repeat listening and sharing! 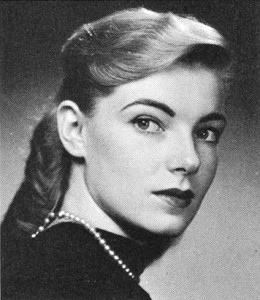 Always “in the moment”…

Uniquely candid and straightforward, Susan talks about her childhood dreams of someday becoming an actress…and then details exactly how she made her dreams come true.

With self-deprecating wit she describes her journey from college theatricals to the Broadway stage (opposite Dustin Hoffman), to a Universal Studios contract and a starring role in television’s daytime soap A World Apart.

You’ll hear how Susan—while starring in Another World—learned the lesson of “being prepared” that she has carried her through more than 300 film and television appearances. 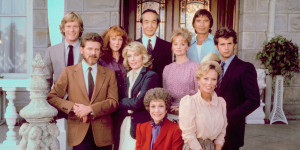 Susan Sullivan’s list of credits is far too long to list here (check them out at imdb.com), but they include roles in Midway, The Incredible Hulk, Rich Man, Poor Man, Falcon Crest—where her portrayal of “Maggie Gioberti” won her multiple Soap Opera Digest awards—and most recently as “Martha Rogers” co-starring with Nathan Fillion on ABC-TV’s Castle. 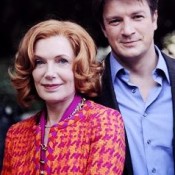 Susan  candidly shares her personal philosophy about the acting craft and the need for us all to “be in the moment of your life.” What she has to say will inspire anyone with ambitions to excel on any stage of life. Her remarks are far more than “acting tips”; they describe the life journey of an eminently successful, fulfilled artist that serves as a lesson in Life 101.

Perhaps inspired by her life partner psychologist and best-selling author of Smart Women, Foolish Choices, Connell Cowan, Susan emerges as far more than an erstwhile Playboy Bunny who made good as an actress; she’s someone who understands herself and appreciates “the moments” of our lives as few Hollywood stars ever have.

Be sure to visit directly with Susan on her Twitter page (@realSSullivan) where she interacts with the world, shares a unique vision, and enjoys her latest role as “the actor as teacher.”