Loving the craft of acting… 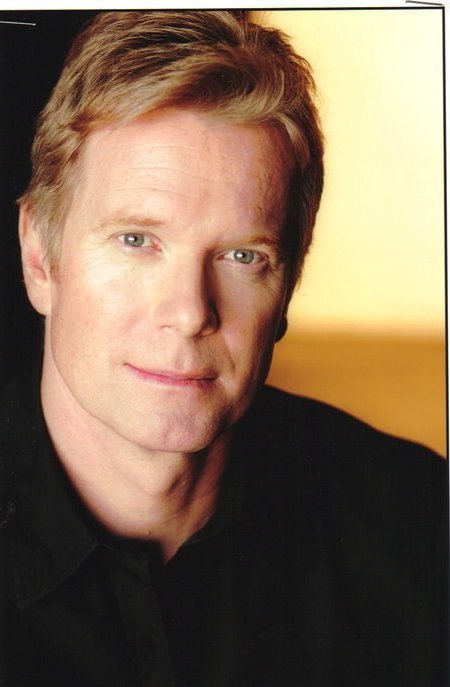 William R. Moses is one of the most prolific TV and film actors of his generation. His hundreds of credits on shows have established him as one of Hollywood’s true leading men.
Instant download!

You’ll hear Bill describe his unique family origins—his mother was actress Marion McCargo, his stepfather was the hugely popular U.S. Congressman Alphonso Bell, Jr.—and how he was “discovered” at a Hollywood party by an agent who soon had him in front of the cameras in a Sprite commercial.

Bill shares stories about ducking out of college classes to attend auditions and sneaking into acting classes where he began to get some idea of what this “acting thing” is really all about. By the time he was a senior, he was cast opposite Demi Moore in Choices, a role that eventually brought him to the attention of a casting director who thought he was perfect for the role of “Cole Gioberti” in a television pilot that eventually became the mega-hit CBS-TV series Falcon Crest. 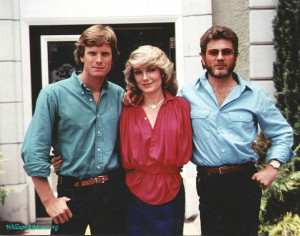 As he describes his experience working alongside such talents as Robert Foxworth, Susan Sullivan, and Jane Wyman, you’ll hear some candid “insider” stories about life on the Falcon Crest set, as well as the reasons Bill left the show in the middle of its 9-year run. 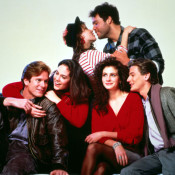 The cast of “Mystic Pizza”

The conversation then turns to how he transitioned into a major leading role in the classic romantic comedy Mystic Pizza with Julia Roberts, and then going on to co-star with Raymond Burr in more than a dozen Perry Mason movies. 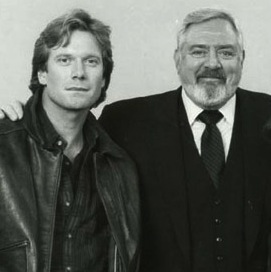 When you hear his fond recollections of working with Burr, you’ll find out how he was “born in the wrong year”

For anyone interested in what it takes to become a working actor, and how to sustain a successful Hollywood career, this is an interview that is truly a lesson in “getting past the hard parts and loving the craft.”

Come meet Bill and hear him tell it all in his own words on this instant MP3 download.