#62 – “Money for Your Movie Guaranteed” with Producer-Director Mark Stouffer 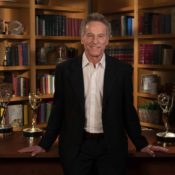 In this free-ranging interview, you’ll hear the incredible story of Mark Stouffer, winner of multiple Emmy Awards and more than 75 International Awards as a filmmaker.

As the producer-director of nearly two dozen feature films, television specials, and hit TV series, Mark Stouffer’s inspiring story is unique in all of show business.

Still in his teens, Mark rode his motorcycle from his backwoods Arkansas hometown to California where–through fierce determination and talent, he established himself as an innovative writer-producer-director. 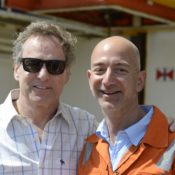 He created his own unique projects and was soon working with the full spectrum of Hollywood stars and media powers like Kurt Russell, Robert Redford, Henry Fonda, and Jeff Bezos.

Early in his career, Mark realized that the key to success as a filmmaker is to control every element of production financing. He then developed his proprietary system for funding his movies through independent investor sources. 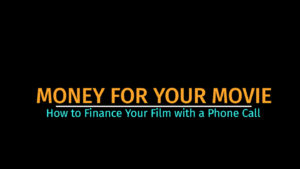 That system became widely known and is now available to all independent filmmakers as an exciting new video course,  Money for Your Movie Guaranteed.

If you have the dream of making your own movies…this is an interview not to be missed.