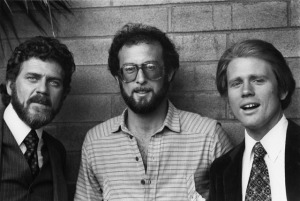 This high-energy conversation tells the story of an ambitious kid with zero show business “connections” who became one of Hollywood’s most prolific and successful TV producers: Bruce Sallan. 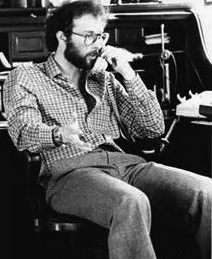 Bruce’s inspiring story takes us from a film class at UCLA and into pitch meetings at the major television networks…then into casting sessions at Hollywood’s biggest studios…and on to film locations around the world with some of the biggest celebrity stars of our time. 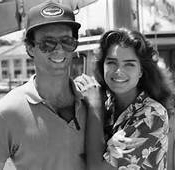 On the set with Bruce Sallan and Brooke Shields

With more than 24 major television movies to his credit—all inspired by his personal commitment to telling the best stories with a redeeming social value—TV producer Bruce Sallan enjoyed a remarkable 25-year career on the highest rungs of the Hollywood ladder. 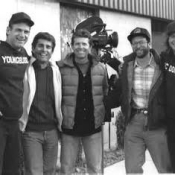 He’s one of those rare talents who moved easily between high-level jobs at production companies, movie studios, and television networks. 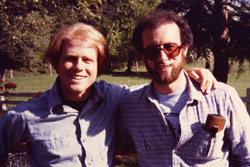 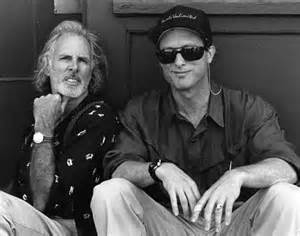 TV producer Bruce Sallan delivers more than just anecdotes here; he talks about the actual “how to” of a Hollywood career, what it takes to really pitch and sell a hot TV project, and how to navigate the treacherous politics of any show business career.

A Dad’s Point of View

The conversation then turns to Bruce’s dynamic career as an author (The Empty-Nest Road Trip Blues and A Dad’s Point-of-View: We ARE Half the Equation), a nationally-syndicated newspaper columnist, the recognized and outspoken advocate for fatherhood, a leading social media icon, the creator of one of Twitter’s #DadChat where his weekly “all about dad” Tweet Chat draws thousands of weekly followers. 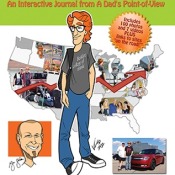 As the father of two sons, a seasoned and expert skier, and unmatched raconteur, Bruce is uniquely gifted communicator with a great message to share…and he shares it with unmatched intelligence and energy. This is a conversation NOT to be missed!