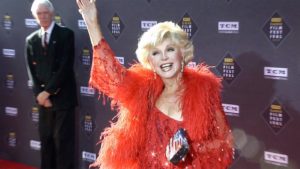 This podcast interview with film and TV star Ruta Lee is pure energy and inspiration!

Ruta Lee—a native Canadian with a deep family connection to Lithuania—is a born entertainer whose career began while attending famed Hollywood High and working around the corner at Grauman’s Chinese Theater as an usherette. Today, her star on the Hollywood Walk of Fame sits right in front of that landmark’s box office. 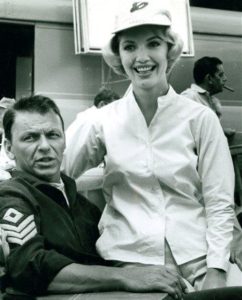 You’ll hear Ruta sharing stories about her roles in iconic movies like Seven Brides for Seven Brothers, Witness for the Prosecution, and Sergeant’s Three, playing opposite a roster of leading men that included Frank Sinatra, Tyrone Power, and Fred Astaire. She describes what it was like working on shows like Perry Mason, Rawhide, The Twilight Zone, and Murder, She Wrote, as well as her “side jobs” as Alex Trebek’s co-host on NBC’s High Rollers quiz show, and as a regular on The Hollywood Squares.

Listen to the interview on iTunes/Apple podcasts here.

As you listen to Ruta tell the story of her amazing career, you’ll hear her genuine dedication to the Thalians, Hollywood’s star-studded charitable organization devoted to mental health issues and to the rehabilitation of America’s veterans. Ruta describes her decades-long leadership role with the Thalians as “the best part” she’s ever played. 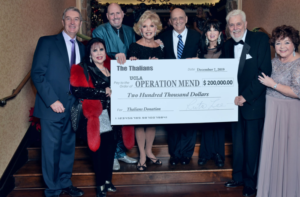 This is a truly inspiring interview with a living legend. If you want to know what it takes to have a lasting show business career, this is one conversation you can’t miss.

Get the instant download for sharing and repeated listening!