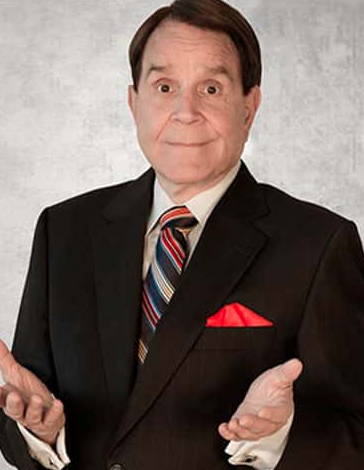 This is an entertaining, joke-filled interview with comedian and impersonator Rich Little. You’ll hear Bob and Suzanne breaking up in laughter throughout the conversation.

Get the instant download for sharing and repeated listening!

Rich shares details of his childhood and early years as the ultimate “class clown.” He recalls driving his teachers crazy by imitating them in front of fellow students. The real laughs came when the teacher walked in and repeated what young Rich had just said.

You’ll hear this unique legendary comedian slip seamlessly into a series of characters with his uncanny impersonations of various celebrities. Among his personal favorites, you’ll hear Cary Grant, Dean Martin, Johnny Carson, Bing Crosby, and Jimmy Stewart and of politicians like Ronald Reagan, Richard Nixon and Donald Trump…all while Rich tells the improbable story of his own unique career. 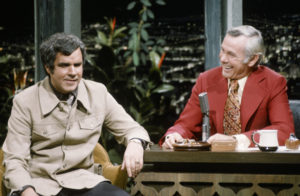 Known as “the Man of a Thousand Voices,” Rich Little’s television career is the stuff of legend. He reveals his debt to singer Mel Tormé for getting him his first gig on The Judy Garland Show. That appearance was the beginning of a long career featuring Rich on hundreds of TV shows as guest star, host, and series regular over the past thirty years.

Throughout the laughs, Rich talks about appearing weekly at the Tropicana Hotel in Las Vegas and shares great “behind the scenes” backstage stories and details of his classic memoir detailing his life as a comedian,  Little by Little: People I’ve Known and Been.

Rich is at The Tropicana in Vegas!