One of Suzanne’s faves!

Suzanne begins this podcast with the announcement of a new “Music” category here on the website, and—while reminding us she’s sooo much younger than Bob—lays claim to being a lifelong Beatles fan.

For his part, Bob admits that he’s just “a rock-and-roll kind of guy”who would’ve bet the farm that I Want to Hold Your Hand would never make the charts.  So much for his musical tastes…

The episode moves on to what Bob himself describes as his “greatest career failure” while under contract to Aaron Spelling Productions and writing and producing Dark Mansions for ABC-TV. 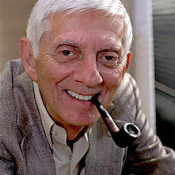 It’s a tale of classic Hollywood casting politics as Bob sets the record straight as to exactly why former movie queen Loretta Young never got the part in the film that eventually went to Oscar winner Joan Fontaine.

Bob reveals the nature of production and budgets in Spelling’s 1980s-era Hollywood, as well as the rationale (follow the money!) for the  excessive proliferation of producer credits seen on Dark Mansions.  With a tip of the hat to the talents of Linda Purl, Michael York, Melissa Sue Anderson, Nicollette Sheridan, and director Jerry London, Bob’s confidence in the show never prepared him for the results of an evening of sneak-preview  audience testing. 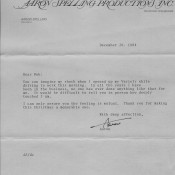 Going from “Golden Boy” to “Bob who?”, and proving the truth of when you’re hot, your hot, and when you’re not…you’re not, this episode is a good illustration of the pitfalls to be found on the Hollywood career path for any writer, actor, producer, or director.

This podcast closes out with a brief remembrance of comic Jonathan Winters,  an acquaintance who not only inspired the careers of superstars like Robin Williams and Jim Carrey, but always had his Santa Barbara friends in stitches.