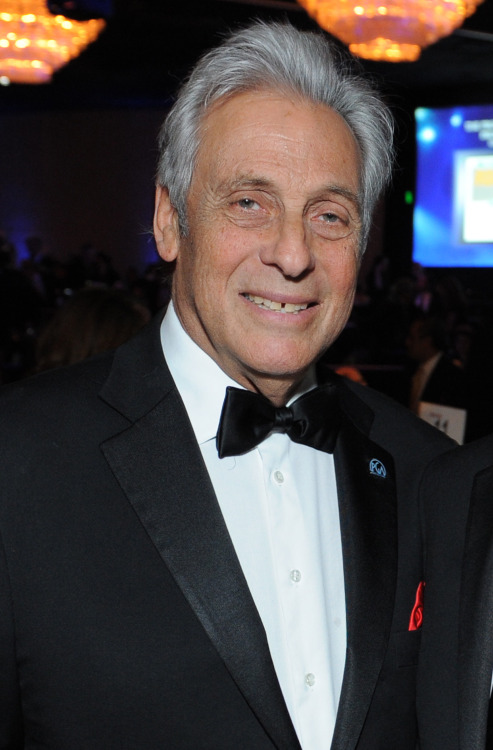 Look up “Hollywood Royalty” in your Webster’s Dictionary, and you just might find the name and face of Oscar Nominee, Golden Globe Winner, and movie producer Hawk Koch on the page.

In this podcast interview with Bob & Suzanne, Hawk talks about his unique childhood on movie sets with his father, Howard W. Koch, one of the most prominent film producers of his generation. Hawk describes how school vacations spent on movie sets led to his passion for film making and to an inspiring career working with legendary directors like Robert Aldrich, Sidney Pollack, Paul Mazursky, and Robert Wise. 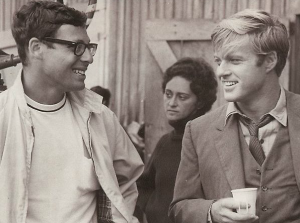 Hawk with Robert Redford on “This Property Condemned”

It wasn’t long before he evolved from being “the kid” on Hollywood soundstages to getting hired as the production assistant on Sidney Pollack’s This Property Is Condemned, where he quickly proved himself as someone who could “get it done.”

After a stint as a rock & roll road manager for iconic performers like The Supremes and The Dave Clark Five, Hawk returned to Hollywood as an assistant director on movies destinedto become : Rosemary’s Baby, Chinatown, and Barefoot in the Park. 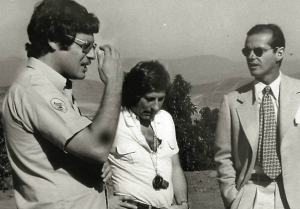 On the “Chinatown” set with Jack Nicholson 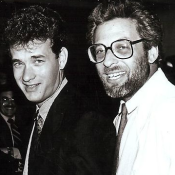 You’ll hear how Hawk’s passion for the entertainment business continued to propel him up through the ranks as the producer of dozens of critical and box office hits, including The Pope of Greenwich Village, Heaven Can Wait, Wayne’s World, Primal Fear…and the list goes on. 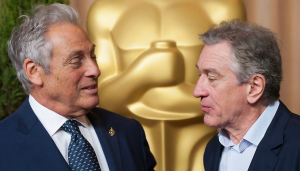 With Robert DeNiro at the Motion Picture Academy

Hardly resting on his laurels, Hawk Koch works hard to “pay it forward” as he vigorously continues to support the Hollywood film industry. He’s currently President Emeritus of the Producers Guild of America, and has served on the Board of the National Film Preservation Foundation. Hawk most recently served as 2012-13 President of the Academy of Motion Picture Arts and Sciences, and continues to produce the movies we love.